This is how I sing

I’ve never been talented in any arts. I can’t draw. I have very poor coordination and I’ve never had the guts you need to dance. Let alone sing. I have very little musical talent and I’m not comfortable singing in front of other people. I’ve always wanted to, though. Every time I see a talented performance, I can’t just enjoy it: I get frustrated for not being able to do that myself. I’ve tried picking up some of these arts and develop myself in them, but very soon I’m just back where I started.

But not with dog sports. Not that I’m hugely talented in them either, it’s just that when I see a brilliant dog sport performance, it’s a different kind of frustration I feel: I’m frustrated that I can’t do the same with my dog. Yet.

Recently, I went to a brilliant concert, and like all brilliant concerts it got me hyped up and full of energy. You know that two hours after a great show when you probably could fly just out of an overdose of inspiration? Now, I’m fully aware that the next thing I’m going to write will quite possibly make me the most boring person in the known history of humankind, but well – that probably won’t come as a big surprise to anyone who knows me. In that post-concert hype I just wanted a dog, a ball and some treats and to just go train some obedience. There, I said it. Also – I’ve never been a big fan of alcohol, but every time I’ve been drunk-ish, I’ve just wanted to go get my dogs and train. And usually have, too.  Every time I’ve been strongly inspired one way or another, my thoughts turn to dog sports.

At some point I stopped to reflect what this tells about me as a person. Well, to say the least it’s a giveaway that I _might_ be a bit over-attached to this sport and dog sports in general. But maybe not just that. It could be that this has at last become my personal creative outlet. This is my art. Probably just because I’m not good at much anything else. Or maybe every sport that you grow very fond of and give a lot of your time becomes an art form for you sooner or later.  But I’m pretty sure that even if I tried, this wouldn’t change. The connection in my head between inspiration, energy, creativity and dog sports is so spontaneous, I don’t think there’s any other option but to embrace it.

So, here I am: a very unartistic person, doing a dog sport (obedience: my first and greatest love of them all) that’s as uncreative as it can possibly get. And still, that’s my own personal dance, and the song I sing. 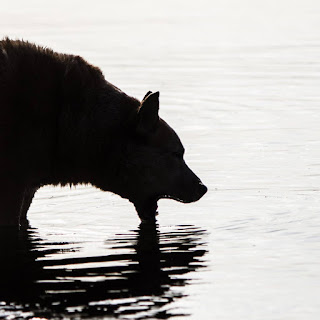